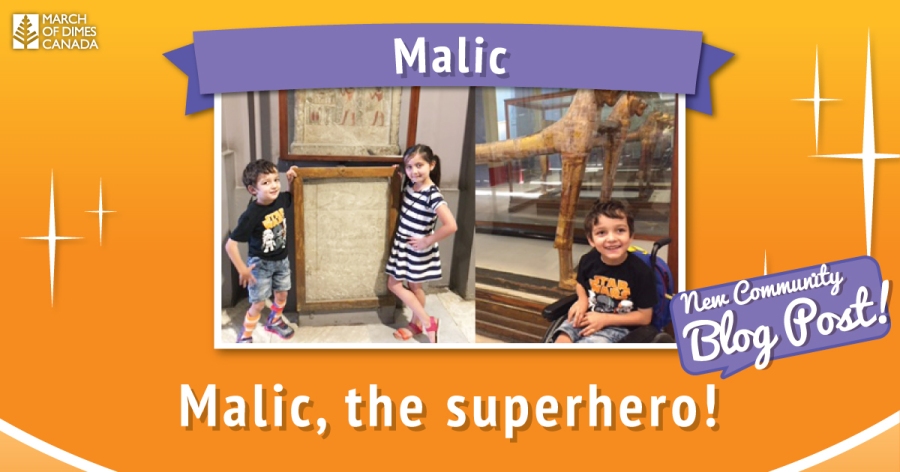 Malic was born in Dubai and was diagnosed with cerebral palsy as an infant when his parents noticed he wasn’t meeting important developmental milestones. They immediately found physiotherapy for him, and continued to maintain a similar structure for him at home, reinforcing what he was learning in his therapy sessions. Though steady, his progress was slow.

Malic’s parents had heard of Conductive Education® (CE), but it wasn’t offered in Dubai. After the family moved back to Canada, they signed Malic up for March of Dimes Canada’s Conductive Education Summer Camp where they learned that the sky was the limit for this bright and engaging young boy! 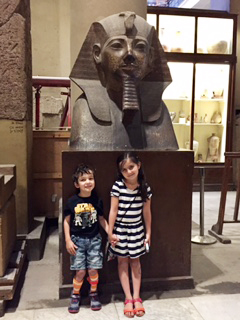 Malic and his sister at the museum! 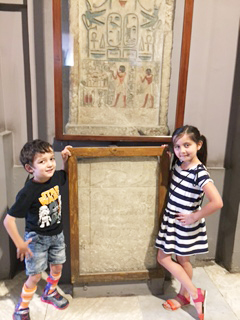 After their first assessment, the family walked away feeling hope and excitement! The great staff at March of Dimes Canada knows that it is important not only for Malic to believe that he can do anything and everything he wants to do, but that his family believes it too! Malic is continually given challenges that are outside his comfort zone, and he rises to the occasion every time! He is always quick to say “I can do it myself…”

Those are words we LOVE to hear at March of Dimes Canada. Those words are why we do what we do.

He loves superheroes, but to me, Malic is the superhero!

Malic’s accomplishments are all 100% his own. He loves to dance, listen to music and play video games just like any other boy. He loves superheroes, but to me, Malic is the superhero! The love, compassion and determination he shows every day of his life exemplifies the March of Dimes spirit.

People like Malic are why I support March of Dimes Canada. I hope Malic’s story will inspire you as it has inspired me. 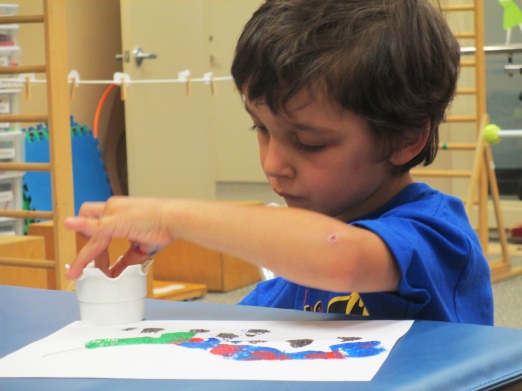 I am also pleased to remind you that March of Dimes Canada has been accredited by Imagine Canada’s Standards Program for excellence in financial accountability and transparency, fundraising and governance. Learn more about our Conductive Education® Program by visiting the following link: http://bit.ly/ModcCEP